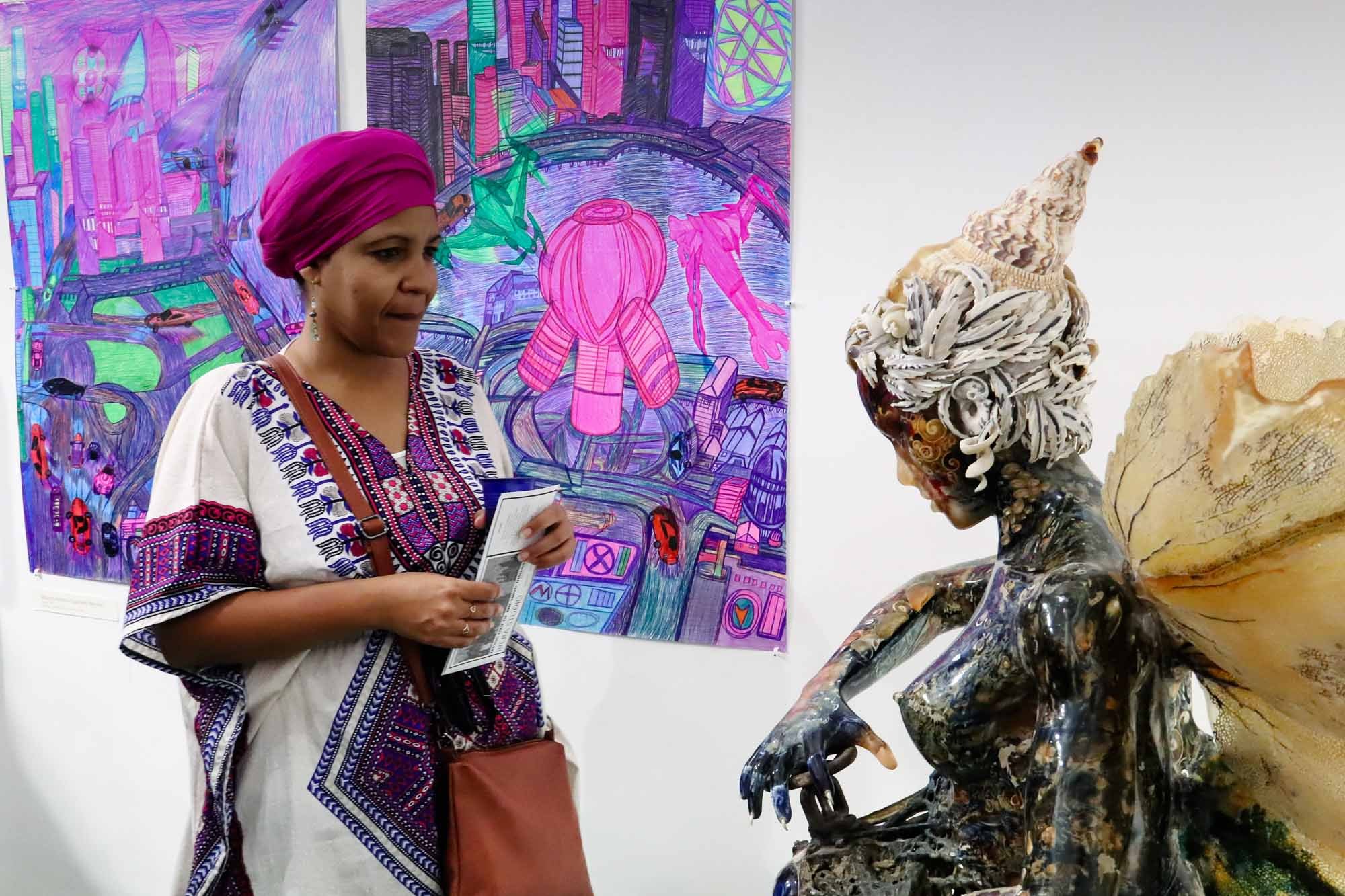 The Mind and its Enigmas

A drawing shows a city hidden behind the mountains. Almost nothing can be distinguished, just a house, a small house. A red roof like the towers. Another drawing shows prefabricated buildings, surely built out of concrete. They do not seem special except for one that stands out in a third role. Unlike the rest, drawn in pencil, the sides of this one are painted in yellow, the central block in green and the balconies are copper-colored. It is placed above high mountains and just below, we see the red-roofed house again. Red should point out the most important thing in this rather scribbled place, drawn quickly and with simple lines so that everything will remain in the memory, or to untangle it from memory by setting it to paper. The place is important, there is no doubt.

Apart from these elements, others could hardly be clearly described. They are Joan’s drawings. And they are in such a state of deterioration that they can only indicate their creator’s tremendous urgency in making them and their subsequent falling into oblivion.

The other artists had time. They were meticulous. We will see details everywhere in their creations, carefully executed, even endowed with a certain sophistication, from the precariousness of materials that are characteristic of art brut and outsider creation. The city is the central component from which their fantasy universes are all woven (Joan, Damián, Marcos, Gabriel and Rubel). Considerable cities, drawn from the most curious perspectives and viewed in stages, with a multiplicity of architectural styles from different time periods, which could not correspond to a real place. We will not see people. Only a display of buildings that extends beyond the limits of the paper. Chus is an exception, he doesn’t create cities. For years, a superb sculpture has been the focus of his attention.

The truth is that the credibility of these universes is similar to the certainties of a dream. No matter how strange the context. There is much boldness behind the images, but also so much truth that we would seek to verify them at all costs. They are the purest expression of the imagination. Imagination, which is the promiscuity of images archived in a remote corner of memory, converted into other images, with other colors and other forms, the crystallization of experiences, emotions, sensations that the human brain can rarely expel using rational language.

Observing Rubel’s images, for example –which stand out within the group— the emerging question about its source is always present: With what facts does he design cities with this level of complexity? Compact, rigorous in the layout, very precise in the architectural styles that it represents, which are abundant. Cities so complex in their structuring that we would think of a profound connoisseur of architecture, an academician who studies plans, books, photographs on the subject, a cartographer, perhaps. The inclusion of decorative elements within his drawings, the very typical composition from which these buildings arise, their specific combinations, determines the aesthetic character of the work, such as the very particular inclusion of color in some cases. It is not about study sketches, or an intermediate drawing that will become something else. By force of ink and pencil these architectural conglomerates of such a powerful energy are forged, until resulting in the final work that we appreciate here. The artist, who is 17 years old, studies Hotel Management and has not yet been to any other city beyond his surrounding neighborhood.

Much has been written about the irrational aspect within art brut or outsider creation. The logic in this type of art is subject to the dictates of emotion. What is represented essentially comes from the unconscious, without going through the filters of the logical order of thought. Now, if we review Joan’s simple drawings, and those of each of the artists gathered in the exhibition – Chus’s sculpture, even the very complex frameworks of Rubel’s cities— we cannot fail to recognize the articulation of a specific communication system, with the presence of ordered signs and codes; say, of a logical thought that does not respond only to the frankness and spontaneity of emotions. Is there thought in the unconscious? There is. But if we can return to dreams, its logic depends on the interpretation of the dreamer or someone else. And, with all due respect for Freud, there should be no conclusive interpretation of the dream. Only then, their senses would remain inexhaustible and the enigma would be held safe.