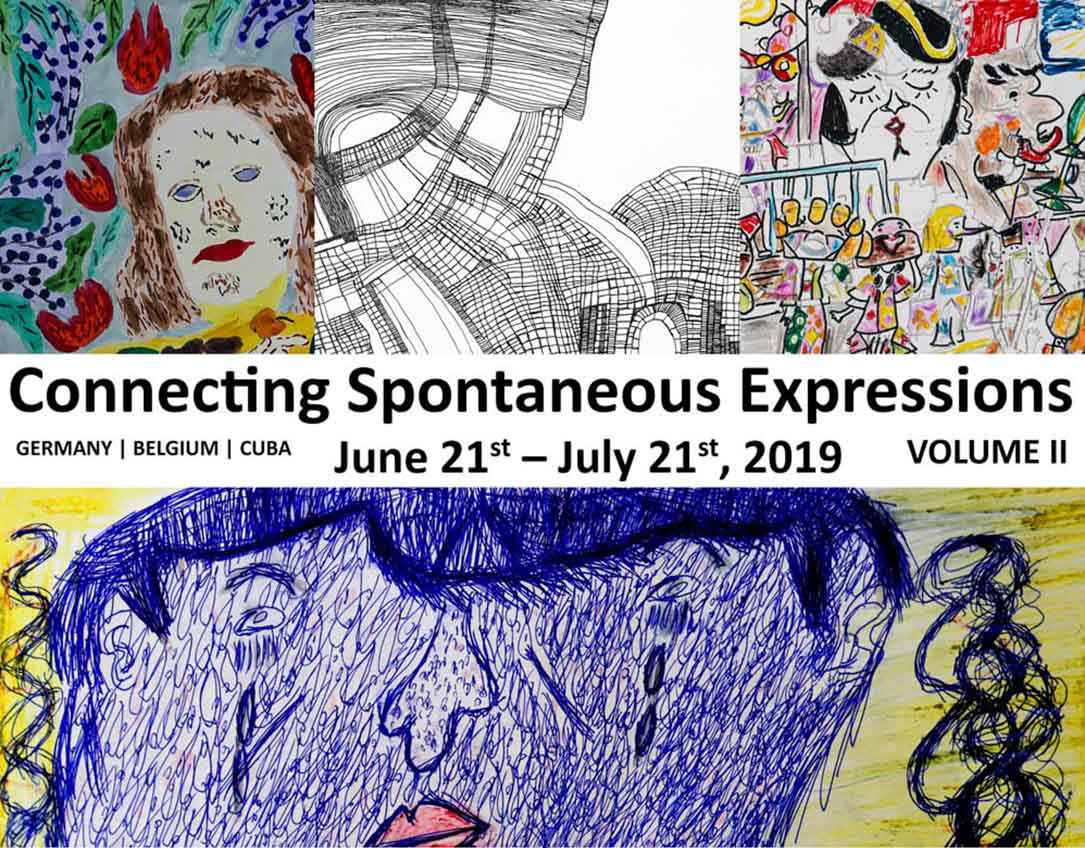 In the assay "The doors of perception", its author Aldous Huxley (1) talks about how under the effects of mescaline he remained absorbed looking at the folds and wrinkles of his trousers. Among his thoughts, it was the idea of ​​whether he had been a genius painter he could have captured this garment with similar virtuosity to that of Judit's skirts in a Botticelli painting, better or worse, but suitable enough to fascinate for centuries, generations of spectators, and make them understand, the true meaning of what, in our pathetic imbecility, we call "mere things".... (2) Huxley looked at his pants as if they were the only thing in the world available to look at. That's how things should look like, he repeated stubbornly. Meanwhile, he was assailed by the question of how to reconcile seeing these pants as infinitely important, with the necessary matters of existence, the daily chores, and the temporary duties?

The "infinitely important" for an art brut artist is his mental reality. No subject precedes it with greater preponderance. No image, with greater intensity. The art brut artist can stay in front of the dictates of his mind as or more abstracted than Huxley looking at the folds of his pants under the effect of mescaline, and can paint unreal visions, with as much or more conviction than Botticelli, the folds of Judit’s skirts. Everything in his life is related to an inner landscape, powerful, suffocating, and even terrifying because he cannot distinguish it, most of the times, from the reality that happens on the outside.

A vivid manifestation of these stormy thoughts takes place in the creations of the art brut artist. Here is placed an exclusive world where its images that only resemble to themselves, places that only the inventor himself has visited, unusual characters, enigmatic compositions of great beauty or a shocking horror. These images have been detached from the imagination place, the world of delusions and hallucinations, and in front of them, depending on whether they are fascinating or terrifying, they succumb to the most lethargic contemplation or the most violent struggle that can be unleashed. Who deals with this world knows about distorted, expanded and enduring times.

When discovering the work of an art brut artist we could have the notion of how these persons make an extraordinary use of time. Stories like the one of Diego López (3), the prophet who during five years was painting a mountain blue in the town Cabezo de Torres (Murcia) or Henry Darger (4) who made a book with 15 000 pages and 300 watercolors for almost half a century, cannot stop shaking the common man when we analyze the variables of temporality.

Today, probably, art brut artists, in conditions of isolation or marginality, do not exceed the number of those who work under group logics. Each atelier, workshop or association where many of these subjects meet are the perfect space for the exercise of creation. There, in environments of sociability, surrounded by their peers, under the laws of the ordinary man who tries not to bother, instruct or guide the creative instinct, the art brut artist also remains, imperturbable, living the self-absorbed reality where things look like infinitely important.